Last of a two-part series

Andean Shamanism is an experiential, flexible and inclusive system. It has structure but no dogma or rigid rules. Nothing is obligatory. The only rule or law is the sacred art of ainyÂ — the principal of reciprocity, which includes respect for every living thing.

Inkas believed in sharing and integrating knowledge, including spiritual knowledge, of all the people they either conquered or incorporated–their preferred method of colonization. The Inkan Empire stretched from Ecuador to Chile, encompassing 12 million people and 20 different languages.

The Andean Cosmos has three distinct levels, or planes of existence. Each has its own energetic qualities:

Andean shaman-priests have never been taught to think like us. They still live in the Dreamtime. They are not focused on cars, houses or material objects. They are more concerned with energy — the infinite varieties of living energies called the Kausay pacha. Every material object has a spirit or an energetic aspect. Mountains, trees, rocks, plants, animals, lakes, cities, homes, all have an energetic consciousness, a bubble of living energy that surrounds and interpenetrates the material world. All of life is made up of sound or frequencies. Every material object has a song that can be sung, a note that can be toned, a frequency of sound and matter.

Andean shamanism teaches how to communicate and interact directly with this world of living energies. The Andean Mystery Teachings invite us in to a delightful and seemingly magical world of mystical experiences.

North Americans tend to be very skeptical, believing in something called the stock market, which one cannot touch or feel, yet they dismiss the world of spirit often citing the fact that it is a world one cannot touch or feel. Both worlds however, are made up of a collective energy of beliefs and thoughts. Yet, it is the world of nature or Earth Mother — Pachamama, that gives us everything — our material universe that we can taste, touch, smell and feel.

Andean shamanism teaches us about the collective belief system and the power of nature. We deepen our relationship to the Mother that feeds us and provides our clothing and homes. In the shamanic world, imagination, daydreaming, intuition, receptivity and special abilities and sensitivities — the female side of our nature — is honored and honed. This allows things to happen that cannot occur within a patriarchal mindset and world view.

There is a love relationship between our bodies and Pachamama. We belong to the land we stand upon and there is a natural and obvious relationship to nature. We have a grounding chord, an invisible line of energy from our bodies to the earth. Yet, if you look at the malls, or an airport, where large numbers of Western people congregate, you can see that there are no lines of energy going from them or their bodies to the earth. When you look at indigenous peoples, or farmers who work the land, they look like they belong on the earth and feel rooted there. Most people remain severed from our Mother the Earth.

According to Inkan prophesy, 1993 marked the end and the beginning of a cycle of time, much akin to the Mayan calendar. This turning over of time, or Pachacouti (the turning over of time or Mother) is the first phase of the emergence of a fifth level of consciousness among groups of healer/shaman/priests, as the general population of the world begins to attain 4D consciousness. The second phase lasts until the return of the Sapa Inka, a sixth-level priest, or enlightened being of 6th dimensional consciousness, who is to emerge around the year 2012.

Those who enjoy working with the earth, living in harmony or ainy, with nature, are participating in a birthing of a new consciousness on Earth, the birth of a new kind of world. Those who desire to co-create a new kind of world and witness the birth of this new consciousness can learn from the high shamanism of the Andes, as this world view includes practical skills to enhance one’s life, and a wonderful world view that as we evolve as humans to a higher level of consciousness, we learn to leave behind fear and share our cultural gifts and achievements with one another as we care for the earth and for each other.

The best way for an Andean shaman/priest to advance along the Path, is to teach.Â I must teach all that I know and transmit the initiations of Light to others. This is the Principle of ainy. In doing so, I honor all of my teachers, and Pachamama, as well.

Perceiving Truth in a World of Delusion

Freedom from the Bondage of Self through Yoga Meditation 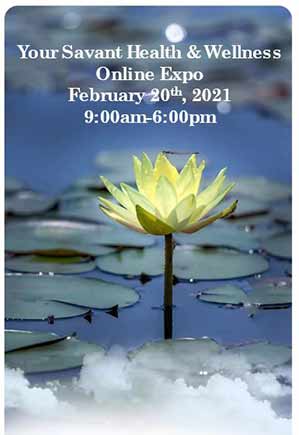