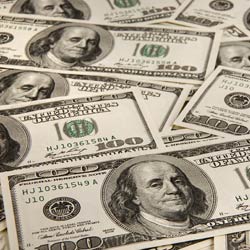 I just finished reading an interview with actor Charlie Sheen (“Spin City,” “Two and a Half Men”) in the latest edition of Rolling Stone, and I came away from it wondering why I even bothered to glance at the article in the first place. Perhaps for the same reason people watch the Kardashians fight with each other and follow the exploits of 18-year-old Justin Bieber as he walks into another glass door.

Media has brainwashed us to believe that we need to know the latest celebrity gossip – if not because it allows us to dream big and actually consider what it would be like to be them, then as a distraction to our own boring lives.

Unfortunately, it’s a con game that we’ve fallen prey to, believing that life truly is just about “winning.”

Tell that to the corporations that are pulling out the stops to buy out all of the competition, in a climate that rewards monopolies and throws established family businesses to the gutter.

Tell that to our two major political parties locked in a game of winner take all, in a climate in which money, not principles of honestly, loyalty and and values, ultimately decides who leads the pack.

And tell that to the entertainers and professional athletes who are paid more for one hour of work than most of us earn in a year; meanwhile, our middle-class, public-sector workers drown in debt while teaching our children, putting out fires and policing our streets.

Unfortunately, Charlie Sheen was right. At the levels of control, it is all about winning. The saddest part is that this is what our children are inheriting from their leaders, and this is what they are emulating.

Just ask the lanky teenager shooting hoops in the park under the hot July sun what he wants out of life. Or ask the junior high girl standing in front of the mirror, holding a plastic microphone, singing into her karaoke machine. They want to be rich. During the past 11 years, American Idol has auditioned nearly one million people who wanted to become the country’s next big star. They want fame. They want an entourage – or at least to be part of one.

We’ve nearly reached the point of no return – and I’m not talking about climate change and the campaign to discredit science as it warns us about impending doom. I’m talking about the precipice that looms in front of us, the one young children are falling from as they abandon the discipline of learning so they have more time to text their friends. I’m talking about the cliff adults are falling from as they work harder and harder only to find themselves falling further behind.

There is a world of hurt out there, and a lot of pain. It’s time for the true leaders to step out of the shadows and remind us that there is a way out.

A Pleiadian Message: Awakening to Self-empowerment

A Pleiadian Message: Your Conscious Choice

From the Editor: My Gratitude in 25 Years with The Edge

A Pleiadian Message: An Accelerating Shift before the New Year

“Ride the Leading Edge with EFT and TRE®” with Cathryn Taylor — Third Monday of each month at 3:00 p.m. Central — Host Cathryn Taylor inspires and empowers you to ride the leading edge of[...]
View Calendar
© Copyright © 2020 - The Edge Magazine. All Articles Copyrighted by each author.