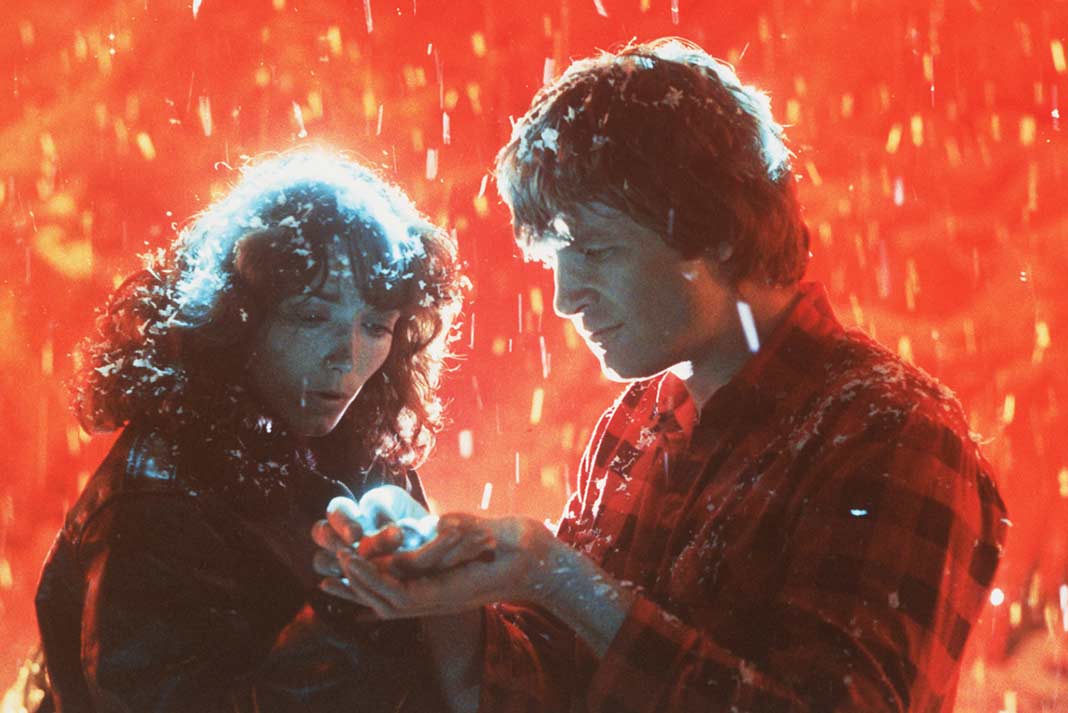 A woman phoned my radio show and reported that years ago when she became pregnant, her doctors told her that the baby would not survive. She and her husband prayed fervently for the child’s well-being, and the baby was born healthy and went on to live a happy life. Since that time she had a few miscarriages, and now the couple very much wants another child. “Do you think we each get a certain allotment of miracles, and when we use it up, we get no more?” she asked.

“That’s not how it works,” I told her firmly. “Miracles and well-being are our natural state, given freely without limit forever. Only the human mind lays bounds over the good available to us. It is not God’s Grace we need to beg for. It is our own. And we don’t need to beg. We just need to claim it.”

In celebration of the release of my new book The Grace Factor, I would like to cite three acts of grace that ultimately affected many people, the first involving Julio Diaz.

When Julio Diaz stepped off the No. 6 subway train in the Bronx, he was faced with a teenager pointing a knife at him. The mugger demanded Julio’s wallet, which he gave willingly. As the robber began to flee into the night, Julio called to him, “Hey, wait a minute. You forgot something. If you’re going to be robbing people for the rest of the night, you might as well take my coat to keep you warm.”

Stunned, the boy turned and asked Diaz, “Why are you doing this?”

“If you’re willing to risk your freedom for a few dollars, then I guess you must really need the money. I mean, all I wanted to do was get dinner. If you really want to join me…hey, you’re more than welcome.”

In a real-life scene that would strain credibility as fiction, the two made their way to a diner where they sat in a booth, shared a meal, and talked about their lives. When Diaz asked the teen what he wanted out of life, he couldn’t answer. He just displayed a sad face.

When the time came to pay the bill, Diaz told the fellow, “I guess that since you have my wallet, you’re going to have to treat.”

The young man gave Diaz back his wallet, Diaz paid for dinner, and gave the fellow $20. Diaz asked for something in return — the kid’s knife — and he gave it to him. “If you treat people right, you can only hope they treat you right,” Diaz later concluded. “It’s as simple as it gets in this complicated world.” (To watch a touching dramatization of this encounter, go to YouTube, “Hey, You Forgot Something” — www.youtube.com/watch?v=_eaSNjTK4IU.)

Fifty-year-old Wesley Autrey stood on a Bronx subway platform and watched a young man succumb to an epileptic seizure, and then fall off the platform into the path of an oncoming train. To onlookers’ astonishment, Autrey jumped onto the tracks, covered the man’s body, and pressed him into the gutter between the tracks while the train hurtled above both of them. Miraculously, when the train had passed, neither man was injured. The train’s undercarriage passed so close to Autrey’s head that he emerged with grease marks on his knit cap. People who believe they are bodies only do not jump onto subway tracks to save a stranger’s life. Only someone imbued with an awareness of his nature as an immortal spirit would effect such altruism.

When Captain Chesley B. Sullenberger III piloted his U.S. Airways airplane to take off from New York’s LaGuardia airport on a cold January morning, he had no idea where that flight would take him. Shortly after takeoff, the Airbus 320 encountered a flock of birds that were sucked into its jets, instantly disabling flight. With no landing strip in range, Sullenberger’s only option was to set the plane down on the Hudson River. As the pilot executed a skilled landing on the icy waters, the crews of nearby ferry boats saw the crash and motored to the plane to rescue the passengers. Sullenberger’s true bravery came forth when he made his way through the aisle of the sinking aircraft to be sure no one was left aboard. When he was certain that all of the 150 passengers and 5 crew members had exited safely, he stepped across a wing to helping hands.

The movie Starman tells of an extraterrestrial who visits Earth by cloning the body of a man who had recently died. The cosmic visitor meets the man’s widow, who, although initially petrified, proceeds to help him. Starman spends the larger part of his earthly visit fleeing from authorities attempting to capture him. Smarter than his pursuers, he eventually engineers a rendezvous with a rescue starship. Moments before he departs, he confides in a human companion, “Shall I tell you what I find beautiful about you? …You are at your very best when things are worst.”

Searching for the Truth

5 Steps to Turn your Summer Vacation into an Adventure of a Lifetime!