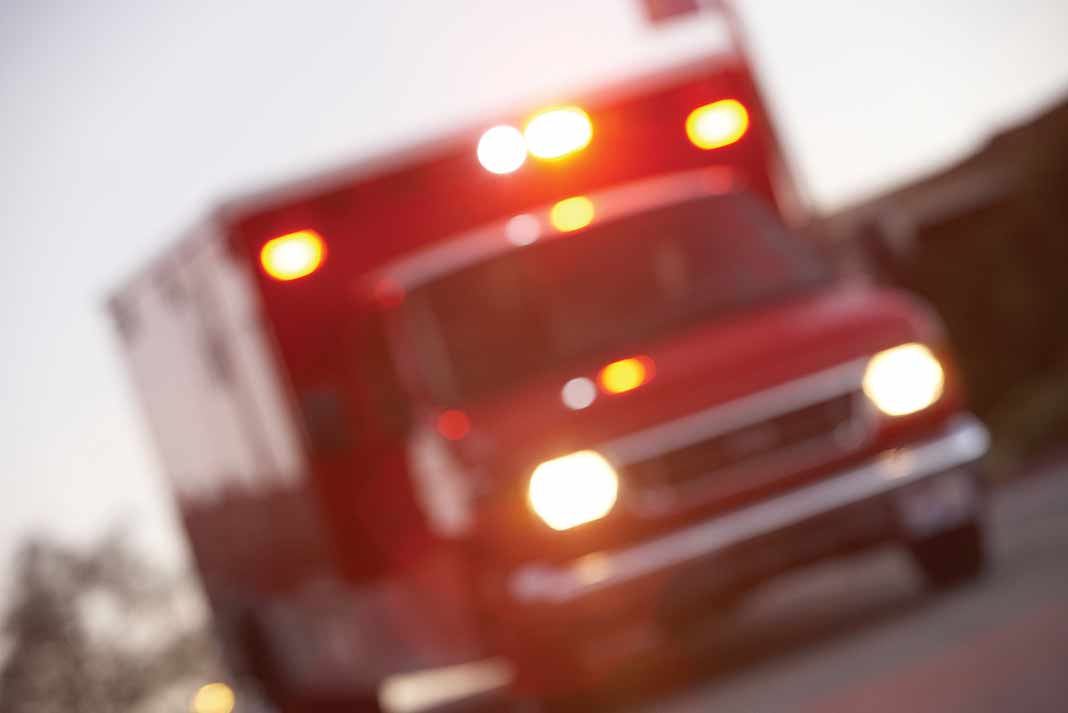 I have written a dozen books on near-death experiences (NDEs), four of which are New York Times bestsellers. The subject of NDEs is one I’m devoted to, and as a result I am constantly in contact with researchers in the field of near-death studies, as well as those who have had the experience.

NDEs are extraordinary. The idea of leaving one’s body at the point of death, traveling to a heavenly realm and seeing beloved relatives who have passed, is truly the hero’s journey of our modern age. People who could have died are now kept alive with technology and medicine that didn’t exist just a few years ago. It is because of those advances that the threshold of death is pushed back and NDEs become deeper and the stories richer.

It is these stories that may eventually answer mankind’s greatest question: What happens when we die?

Which brings us to Dr. Rajiv Parti, former chief of anesthesiology at Bakersfield Heart Hospital. His is most likely the best NDE I have ever heard, not just for the experience itself, but for the transformation it led to.

In 2008, Rajiv Parti, M.D., was Chief of Anesthesiology at Heart Hospital in Bakersfield, California. He derived his identity and happiness from the incredible amount of wealth and prestige his job gave him. He lived in a mansion, had several luxury cars, and was able to purchase most any material goods he wanted.

For some reason this made him feel invincible.

In August of that year, everything changed. He was diagnosed with prostate cancer. A routine surgery to treat it, in the same month, led to complications that left him incontinent and in excruciating pain. He was forced back into surgery three times between August and December 2008.

The cancer was gone now, but he was living in pain — impotent, incontinent and wearing diapers. He was prescribed pain meds and soon learned firsthand that his body had a quick dependency on pain medication. He became an addict and, in time, was diagnosed with depression, too.

On December 14, 2010, he went to UCLA Medical Center for the surgical placement of an artificial urinary sphincter. In the days after this surgery, he became very sick, running a fever of 104-105. He could not urinate and his pelvic area was red and swollen. Heavy antibiotics were prescribed, but he was not getting better.

Ten days later, on Christmas Eve 2010, Dr. Parti was admitted to the emergency ward of the UCLA hospital for severe infection and fever. Emergency surgery was called for immediately to drain the pelvic region of infection and remove the artificial sphincter. His last waking memory had been the searing pain of a catheter being inserted in him to drain his urinary bladder.

His next memory was of no longer being in his body. He had been given anesthesia, but instead of being “put out” in the traditional sense, Dr. Parti was outside of his body.

It was here, dying and heavily anesthetized, that he “woke up.”

Although deeply asleep from anesthesia, he was very aware that his consciousness had separated from his body. From a vantage point near the ceiling, he could see the surgeon cut him, and then he witnessed all of the operating room personnel reacting as the odor of the pus from his infected abdomen seeped throughout the room. He saw a nurse apply eucalyptus-scented water to the surgical masks of everyone performing the operation. He even heard the anesthesiologist tell a joke so dirty that he blushed when he later told it to the anesthesiologist in the recovery room.

Dr. Parti’s senses became so acute in this out-of-body state that he could hear, see and smell things outside of the operating room. He then left the operating room and began to drift toward familiar voices in India, where he could hear his mother and sister talking about dinner preparations for that night. They finally decided to have rice, vegetables, yogurt and legumes. He could see that it was foggy and frigid that night, and since there was no central heating in the house, they were bundled up to protect from the cold. A small electric heater glowed, helping to take the chill out of the room.

Rather than being fearful, Dr. Parti became euphoric. People are never far away, he thought. He had the sense of his presence spreading around the world, a feeling of oneness with the world and everyone in it.

Fear found its way into the situation. He had the feeling of being pulled into a bleak darkness, one that was filled with the screams and sounds of fighting.

His awareness drifted from the physical world of the operating theater in Los Angeles and the kitchen conversation in India to a place where a great wild fire was raging. He could see lightning in dark clouds and smell the odor of burning meat. He realized that an unseen force was pulling him into hell, leaving him “in the midst of souls who were screaming and suffering.”

What is my karma, he wondered. What did I do in my life or past life to deserve this punishment?

In the middle of this horror, Dr. Parti began to have the strong awareness that the life he was living was very materialistic: his life was always about him — so much so, in fact, that when he met new people Dr. Parti asked himself, “What can I get from this person?”

The truth dawned on him there in hell that the life he was living on Earth was without love. He was not practicing compassion or forgiveness towards himself or others. He also had an unsavory tendency to be harsh towards people he perceived to be lower than him in social or professional status. He felt deeply sorry for the lack of kindness in his behavior, wishing he could have done certain things in his life differently. As soon as he had that realization, hell faded away.

There is a lot more to the NDE itself than I have space to cover here. You can read it in its complete form in Dying to Wake Up: A Doctor’s Voyage into the Afterlife and the Wisdom he Brought Back (Atria Books). As Raymond Moody, M.D., the father of near-death studies, wrote in this book’s foreword, “(Dr. Parti’s NDE) is one of the most astounding and complete near-death experiences I have heard in almost 50 years of investigating this phenomenon. It is powerful, even to a veteran researcher like myself…. (it is) one of transcendence and transformation.”

These two elements, transcendence and transformation, are what interests me most in near-death experiences. In the research I have done and studied, I rarely meet a person who hasn’t been transformed by their NDE. These people become kinder, gentler versions of the person they were before their NDE. Sometimes this change is so complete that they are no longer recognizable. That was the case with Dr. Parti. His brush with death opened an entirely new world to him — an otherworld one, if you will — that replaced the materialistic world he had so carefully constructed.

Dr. Rajiv Parti was literally transformed by the light.

A Pleiadian Message: I Am

Path 11: Streaming the Mysteries of Life and Death