An excerpt from Living Souls in the Spirit Dimension

Strong bonding between two persons during their lives may turn out to be a real hindrance for one person surviving the other. The problem becomes acute if the living one is so engrossed in the relationship with the deceased that he/she gets estranged from a normal social life.

I came across this type of problem when I got a job as a psychologist in a mental hospital in the suburbs of Paris.

On my first day I met with a young woman, 15 or 16 years old. She was seated near a table, withdrawn and shy, and I took a seat in front of her. We spent a few minutes chatting and then I asked Emilie to tell me her story.

She started with a stern statement, repeating that she was “mentally very sick.” I let it pass without comment, taking it as the result of the projections of the psychiatrists and nurses in this hospital on all their patients. Then Emilie explained that she had a very dear friend, a girl named Marie, who had died eight months earlier, but she was still with her, at her side, day in and night out.

“Yes, of course. She’s sitting next to me and we can talk together. If I walk and go somewhere, then she accompanies me. It’s just like before she died. We were always together, inseparable.”

After a moment of silence, she added: “You see, I’m very sick. I’ve schizophrenia, hallucinations.”

“Look Emilie, you have to know that, in about three quarters of the world, if you were to tell your story to people — even to doctors — everybody would believe that you are indeed communicating with your dear deceased friend. It’s solely in most of Europe and North America that our Western science has decreed that only matter and your body are real and that there’s no survival of the soul after bodily death. Everywhere else, in the ancient cultures, many individuals have the gift of seeing their own deceased loved ones and quite a number like you are even able to communicate with them.”

She looked at me briefly but intensely, pondering my words but not quite ready to believe me.

I went on explaining: “Indeed, if we were to take any religion seriously, then, since they all posit a survival of the souls in full consciousness, there would always be the possibility that some human beings could have the gift of seeing these departed souls.” Now she was positively hooked on my story, even if she still didn’t make any straightforward eye contact. I went on, slowly:

“So, in brief, about three quarters of the people on Earth would readily conclude that you have this gift yourself. And in some cultures you would be highly respected because of this gift. I myself believe that you are really seeing and talking to Marie. The problem isn’t your gift or even your mental balance. The problem lies in the fact that you’re putting your life and your freedom at risk by constantly being with her. If she died, it’s because she has something to do on the other side. And if you’re still here, alive in your body, it’s because you yourself also have something to accomplish in your life. Do you see my point?”

“Oui! This sounds right. But what shall I do?”

I felt so much empathy for her plight; I was so anguished at seeing a young girl’s future jeopardized by stiff Freudian dogma! I was speaking low and softly, directly to her heart and soul, with loads of implicit thoughts.

“How could you possibly go on with your own life and accomplish something if you only stick with her?”

She nodded her assent.

“You don’t want to stay in this ward for months, do you? You have your own life in front of you! And it’s the same for Marie: she has to start focusing on why she died, and what it is she has to do on the other side. Surely, if she loves you so much, she would prefer to see you happy and not secluded in this place, don’t you think?”

All the while she had kept her head down looking at her hands crossed over her knees, giving me a quick and shy side glance once in a while. But she nodded again and I felt that I had pulled her out of the psychic knot and brought her mind to where she could mull over her actual predicament in a more strategic light.

After a long moment of silence, I continued “Now listen, here is what we are going to do right now: You’ll talk to Marie and explain to her that your sticking together is harming you right now. That she has to focus on her own life beyond, and that you yourself have to focus fully on your life here. Tell her she has to take some distance for a while and let you breathe…. Will you do it today?”

She nodded again, this time with a hopeful expression, while she looked at me still a bit shyly but now straight in the eyes.

“So look, I’m going to leave you now. Talk to Marie and you’ll see that your situation will greatly improve…. And don’t speak about it around here.”

Meanwhile, when I came back home, I entered into a deep state of meditation and summoned the spirit of Marie to come and talk with me. For about half an hour I conversed with her, aware that she had sensed and followed our exchange that afternoon, but nevertheless explaining what I had already said to Emilie and what Emilie would certainly have also told her.

In this particular case, the combined effect of my conversations with Emilie and Marie turned out to be extremely positive, beyond my wildest dreams, in fact.

Religion and the One Truth

The Secret of Having Everything You Want

Eleven Laws That Lift You to the Next Life Level

Reaching Out to Depressed Teenagers 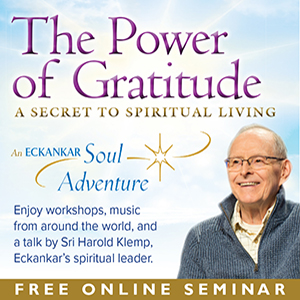 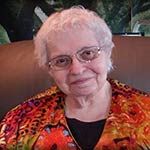