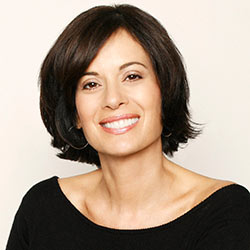 Debbie Ford, 57, the bestselling author and teacher known for her work in helping people break free of their emotional baggage and fears, died on Sunday, February 17, 2013Â in her home in San Diego, Calif., after a long battle with cancer. She was surrounded by friends and family who gathered around her to lovingly send her off to her next journey.

Those of us who knew her, or were in some measure touched by her work, remember her as a physically tiny person who was a huge force of nature – dynamic, passionate, engaging, fearless, funny as all hell, and the person who always delivered laser sharp insights meant to help you grow, whether they were comfortable or not.

“From the time she was a little girl, Debbie was one of those people who had a strong mind of her own, and did things on her own terms and that is how she lived,” says her sister, Arielle Ford. “And she was always so funny! Even up to the end, she had us laughing. She leaves us with such an impressive body of work. We know that her contributions will live on through the millions of people she has touched with her books and teachings, and the thousands she has trained in her work.”

Considered a thought leader for her generation, Debbie burst onto the scene with her first book, The Dark Side of the Light Chasers, in 1998, showing the world that even loving and self-aware people have a darker side. She took readers on a journey of identifying, facing, and embracing their shadow selves. Her Shadow Process Workshop became the foundation of her work in the nearly two decades to follow. She penned nine best-selling books and was working on her 10th book at the time of her death. Her books are translated into over 20 languages and have sold millions of copies.

She was a popular media guest, with many stints on “The Oprah Winfrey Show,” as well as appearances on “Larry King LIVE!,” “Good Morning America” and “Fox News.” She also hosted a weekly radio program on HayHouseRadio.com. Having overcome a drug addiction, a difficult divorce, a heartbreaking betrayal, and many hard knocks in life, Debbie was never shy about sharing her personal story. In fact, she often mused, with a laugh and a roll of her eyes, that a great deal of her wisdom and insight came through her own difficult life experiences. Even when faced with a grave cancer diagnosis, she opted for courageously sharing her journey. In an interview with Oprah Winfrey on OWN in 2012, she revealed the news about her difficult, yet often miraculous, dance with incurable cancer. She also shared her journey in her most recent book, Courage.

Debbie’s books are still considered pioneering work in the world of emotional and spiritual education. They include: The Dark Side of the Light Chasers (1998); Spiritual Divorce: Divorce as a Catalyst for an Extraordinary Life (2001); The Secret of the Shadow: The Power of Owning Your Story (2002); The Right Questions: Ten Essential Questions To Guide You To An Extraordinary Life (2004); The Best Year of Your Life: Dream It, Plan It, Live It (2005); Why Good People Do Bad Things: How to Stop Being Your Own Worst Enemy (2008); The 21-Day Consciousness Cleanse: A Breakthrough Program for Connecting with Your Soul’s Deepest Purpose Â (2009); Â The Shadow Effect: Illuminating the Hidden Power of Your True Self, which she wrote with Deepak Chopra and Marianne Williamson (2010); and Courage: Overcoming Fear and Igniting Self-Confidence (2012).

Early in her career, Debbie realized that one of her gifts was to bring large groups of people through the transformational process. To facilitate this work, she founded the The Ford Institute for Transformational Training and began to train others in her process. She trained thousands of transformational life coaches around the world to utilize her innovative coaching models, tools, techniques and processes to support others in healing their hearts, clarifying their goals, creating lives beyond the limitations of their old beliefs and behaviors, and embracing and integrating their whole selves. Â Her quick wit, ability to stand strong in the presence of human pain and suffering, and true belief that we are all encoded with the ability to serve others and love ourselves gained her the admiration and support of the greatest spiritual teachers of our time. She was known for her straight-talking, honest approach to helping others heal their own self-hatred and release self-criticisms with forgiveness.

“It’s easy to love yourself when you feel good enough, when you feel special enough, when you’re loved enough, when you have enough money, and you’re appreciated,” she told me in a 2010 interview. “But what about loving yourself when you’re crying and you’re in pain, feeling powerless and hopeless, when you feel like a reject and nobody loves you? That is what shadow work demands from you. That you embrace those parts of you that you have deemed inappropriate or wrong. Maybe you’ve decided that you’re not lovable. Well, you know what? You’re both Â –Â  you’re unlovable and you are lovable. And they both need equal time. We were birthed with one soul to take care of, and we must take care of it.”

Debbie believed wholeheartedly in the soul. She would often say, “The evolution of one’s own soul is a process. It’s not a quick fix. It’s not a five-day workshop. It’s a lifetime process where we let go, discover and then allow for futures to come into existence.”

She felt that acknowledging the mountains that stand in our way will create a path to freedom. “One of the biggest diseases of our time is people pleasing,” she said. “People saying ‘yes’ when they mean ‘no.’ Then they feel resentful. They can’t actually go about and meet their own soul’s vision because they’re too busy working on all these other people, or staying nice, or just thinking that they won’t be loved or they won’t belong if they’re not pleasing somebody else. When people start doing shadow work they often say: ‘I can’t say no to my mother because I don’t want to be a bad daughter.’ ‘I can’t say no to my husband because then he won’t love me.’ Or, ‘I can’t say no to my kids and set a boundary because then I’ll be a bad mother.’ The more we identify these things, then the more we realize it is related to something we were shamed for — Â such as selfishness. That’s a quality that most people hate about themselves. They don’t want to be selfish. But any quality that we make wrong or judge becomes part of the shadow – and becomes our nemesis.”

“In trying to express only those aspects of ourselves that we believe will guarantee us the acceptance of others, we suppress some of our most valuable features and sentence ourselves to a life of reenacting the same drama with the same outworn script,” Debbie told me. “Reclaiming the parts of ourselves that we have relegated to the shadow is the most reliable path to actualizing our human potential. Once befriended, our shadow becomes a divine map that reconnects us to the life we were meant to live and the people we were meant to be. We do have to, ultimately, bring the shadow out of the shadows and bring the light to it.”

In 2008, Debbie founded The Collective Heart, a nonprofit organization with the mission to encourage people to make a difference in the lives of others, especially children. Inspired by Oprah’s commitment to educate girls and at the urging of her friend Vivian Glyck, founder of the Just Like My Child Foundation, Debbie and her son Beau committed to building the first “Children’s Academy for the Collective Heart” in rural Uganda. With contributions from around the world,Â  the first school was built, and began educating students in the spring of 2009. Since its inception, the Collective Heart has raised over $350,000, and provided the resources and provisions for six primary schools to be built in two African nations — five schools in Uganda and one in Kenya — that will empower thousands of children over the next 20 years with the lifelong gift of an education. In her latest endeavor, Debbie helped inspire her community to raise $100,000 in support of The Girl Power Project, a dynamic year-long leadership training for adolescent girls in Uganda.

Debbie earned her Master’s Degree in Psychology with an emphasis in consciousness studies from JFK University, and in 2001 received the Alumni of the Year Award for her outstanding contribution in the fields of psychology and spirituality. In 2003 she was awarded an honorary Doctorate from Emerson University, and in 2004 she received an honorary Doctorate of Humane Letters from the John F. Kennedy University Board of Regents.

Modern Alchemy: Plant & Vibrational Medicine for the Evolving You

Essential Oil of the Month for November